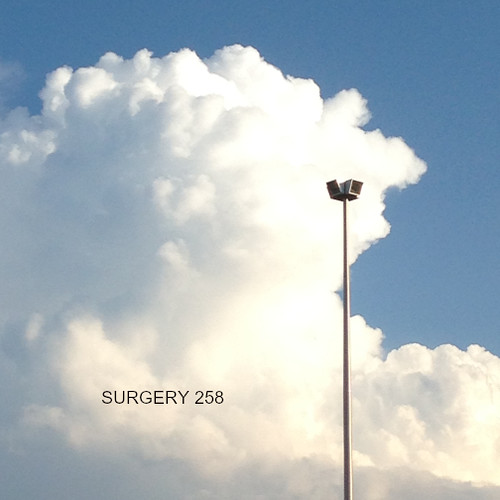 This week's podcast is brought to you by the letters "N" and "O." As in "no new music again!" Write it up to (retail) day job holiday stresses or end of year pandemic exhaustion, whichever, but I've dug back into the archives to feature some favourite tracks from the past. Next episode will likely be comprised of a "best of" the overlooked music from the year, traditionally pointed out from perusing The Quietus best of year end lists. Enjoy

Nivhek - After It's Own Death / Walking in a Spiral Towards the House (W.25th)

M. Ostermeier - The Rules of Another Small World (Tench)

On - Your Naked Ghost Comes Back at Night (DSA) 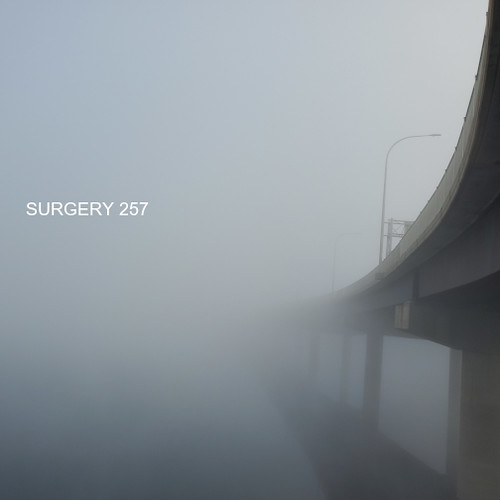 This week's episode is brought to you by the letter "M." The usual process of assembling a new show is gathering interesting tracks over the period of two weeks between shows... lately usually from Bandcamp posts. This week, in a moment of bone-headedness I deleted the current folder of tracks thinking it was the old one... leaving me without anything to mix. So.

Doing the show this way is weirdly nostalgic. In previous years it would always be put together from CDs. Compact Discs that I'd get as play copies and ones I'd buy. These days I still buy CDs... I'm too poor and space limited for vinyl and too old for cassettes... and the increasing number of labels that don't support the format is a little troubling. But maybe it's a blessing. Music I don't feel compelled to buy? No it's sad. I still feel compelled to buy... Sigh.

Enjoy the show... the oldest track is from the Roy Montgomery album I bought second hand from a fine (CD only) store in Montreal that no longer exists. The newest (to me) is from the MKWAJU ensemble album, originally released in 1981 and recently reissue by the wonderful We Release Whatever The Fuck We Want label. 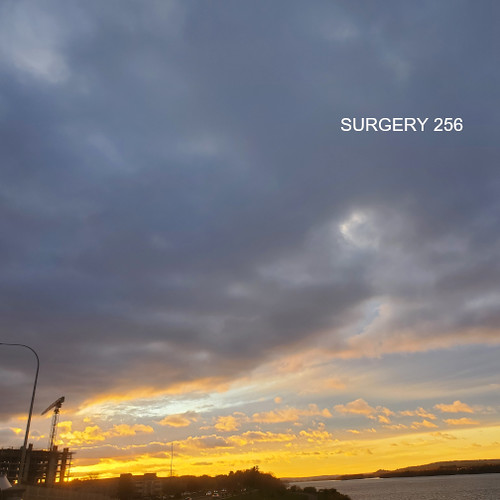 Samsuo - You Probably Think It's the Ocean (Elm Records) 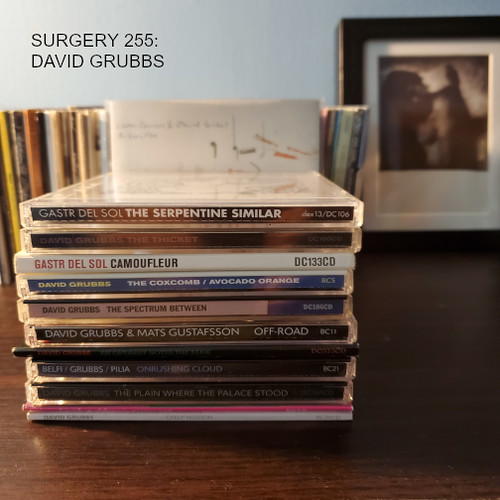 This week's episode features work across the career of one of my favourites: David Grubbs. There is recorded material that dates back to 1982 in his first band, Squirrel Bait, when Grubbs was just 15 years old... but for the purposes of this podcast we start a decade later with Gastr Del Sol. It was a batch of cassette promos from Drag City in the early 90s that introduced me to Grubbs and his then recording partner Jim O'Rourke with their album Crookt, Crackt, or Fly. It wasn't like anything I'd heard before, but I was so intrigued I followed it up by searching out his first solo album called Banana Cabbage, Potato Lettuce, Onion Orange released on the equally intriguing label Table of the Elements. Nearly 30 years later I'm still filling in blanks spots in my collection. Hope you enjoy this small sample that is sequenced in chronological order... and because of some odd snafu the track times were lost on the document, but the track progression should be obvious. Thanks!

David Grubbs - The Plain Where the Palace Stood (Drag City)

David Grubbs - The C in Certain 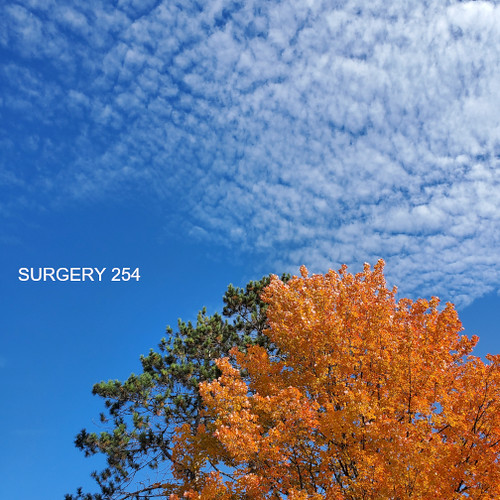 Open to the Sea - Watering a Paper Flower (Facture) 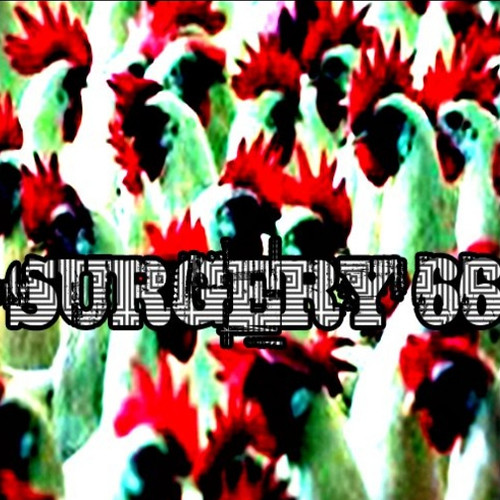 In case you can't tell by the bizarre and garish chicken graphic, this is a "vintage" Surgery Radio episode, originally posted on the old site September 23, 2008. New music resumes in two weeks! Thanks for listening.

B. Fleischmann - Angst Is Not A Weltanschauung! (Morr Music)

Heidi Marie Kjersem - A Killer For That Ache (Rune Grammofon) 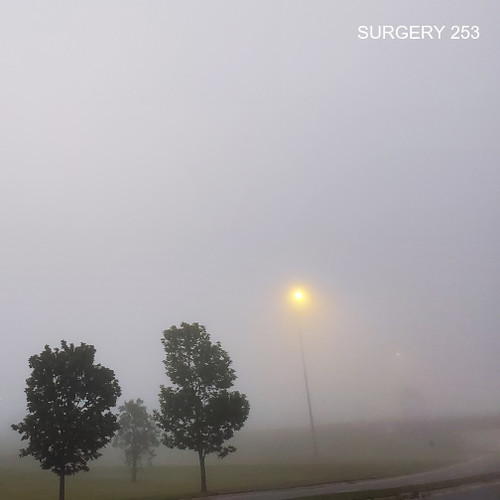 Francisco Sonur - To Preserve Her Worlds [7:47] 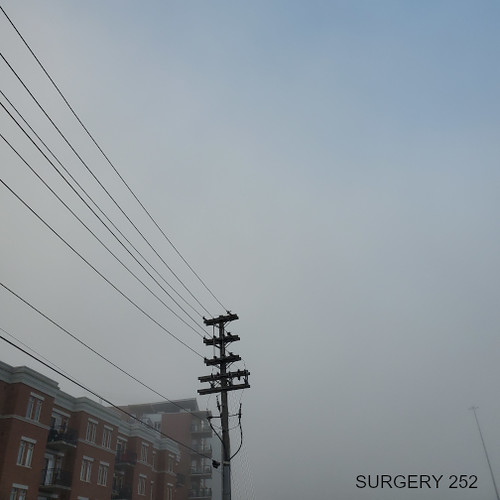 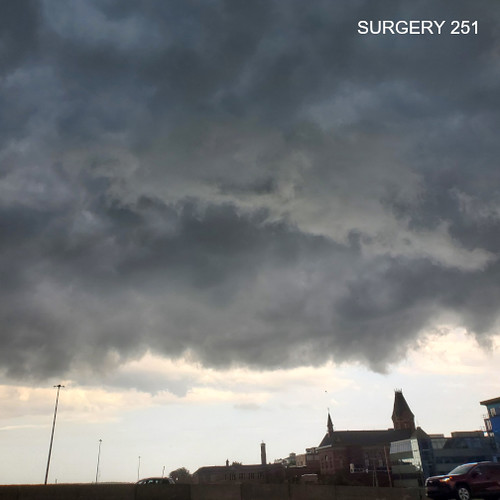 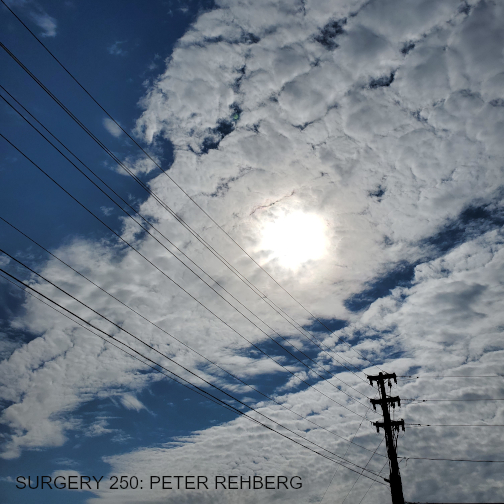 I had been planning a themed program for episode 250 but hadn't settled on an artist or a label to spotlight when the unfortunate news of Peter Rehberg's death was announced. At the time I was first digging into the world of experimental music a good portion of my listening time was spent in the world of micro electronic improvisation, which was also a world Rehberg inhabited. Over time it became clear that his focus and talent was multivalent, easily crossing invisible boundaries of noise, electroacoustic, ambient, and occasionally even approaching melody. It was his stewardship of the Editions Mego (formally simply Mego) label that is probably his enduring legacy, allowing so many stellar artists a platform to debut and develop over its 25 year span. This is a small sampling of his projects, both individual and collaborative to illustrate his singular vision.

MIMEO and John Tilbury - The Hands of Caravaggio (Erstwhile)

Get this podcast on your phone!

Play this podcast on Podbean App